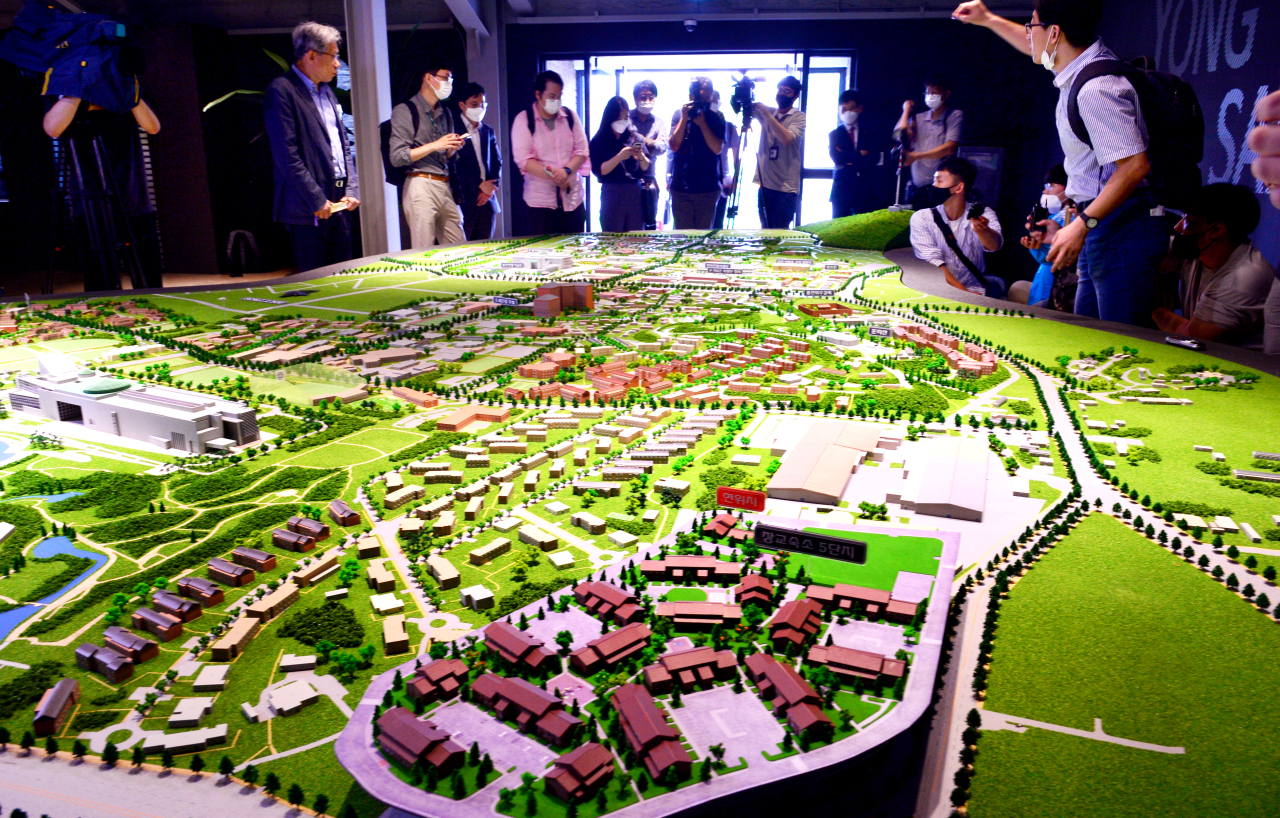 The long process of opening to the public the site of the US Forces Korea’s Seoul base, known as Yongsan Garrison and which stretches from the foot of Namsan nearly down to the Han River, seems to finally be coming to its end. 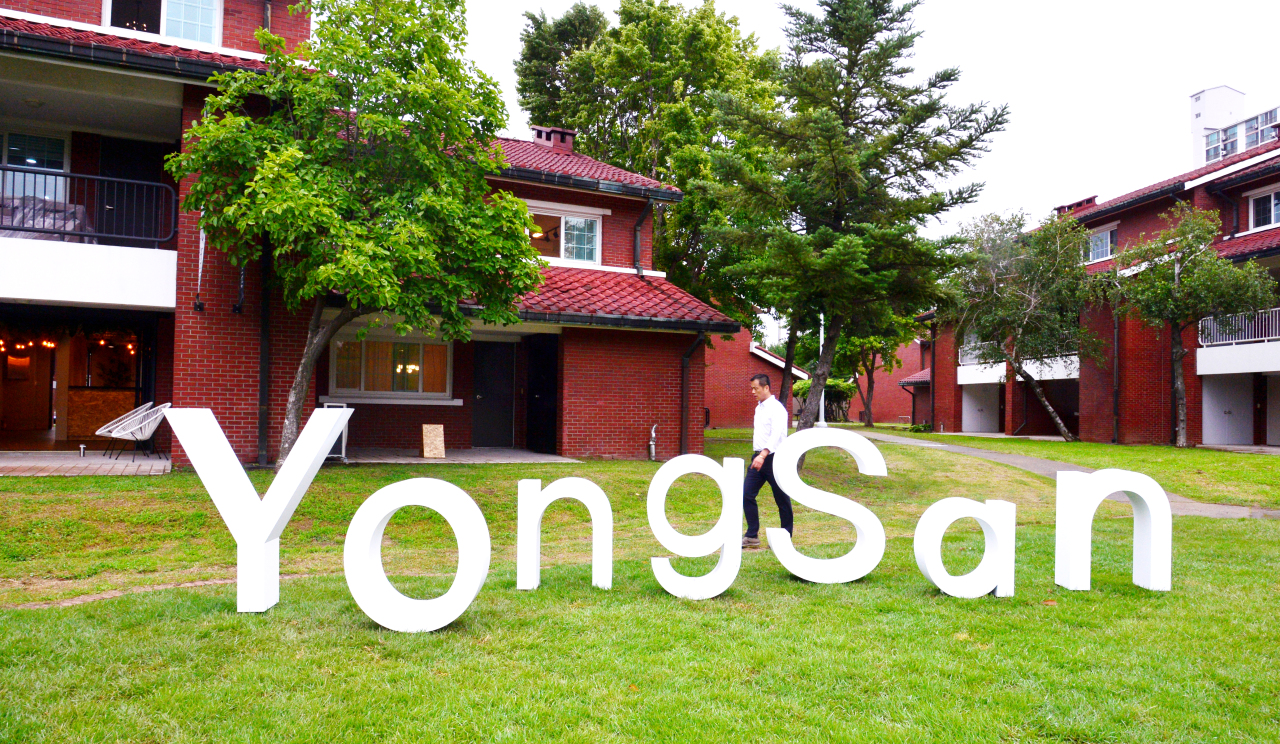 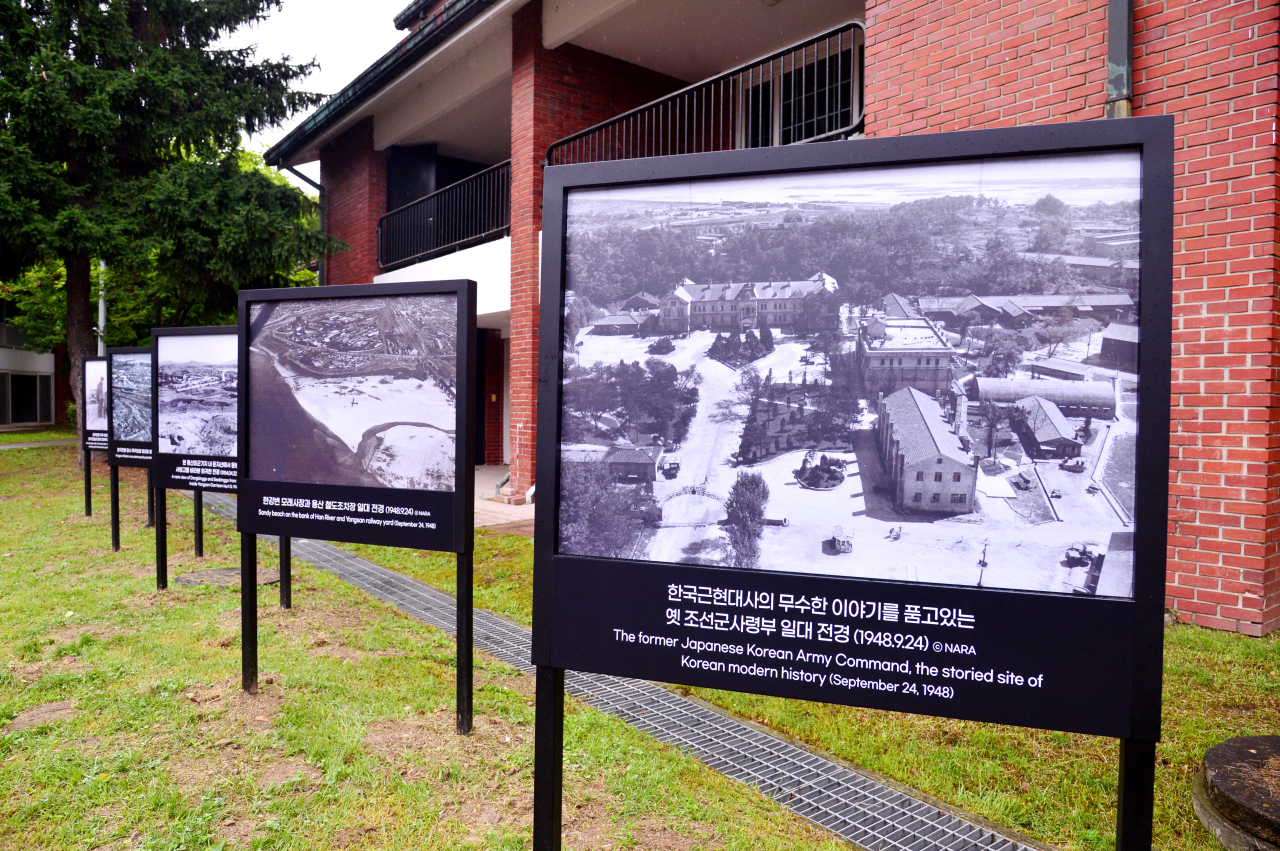 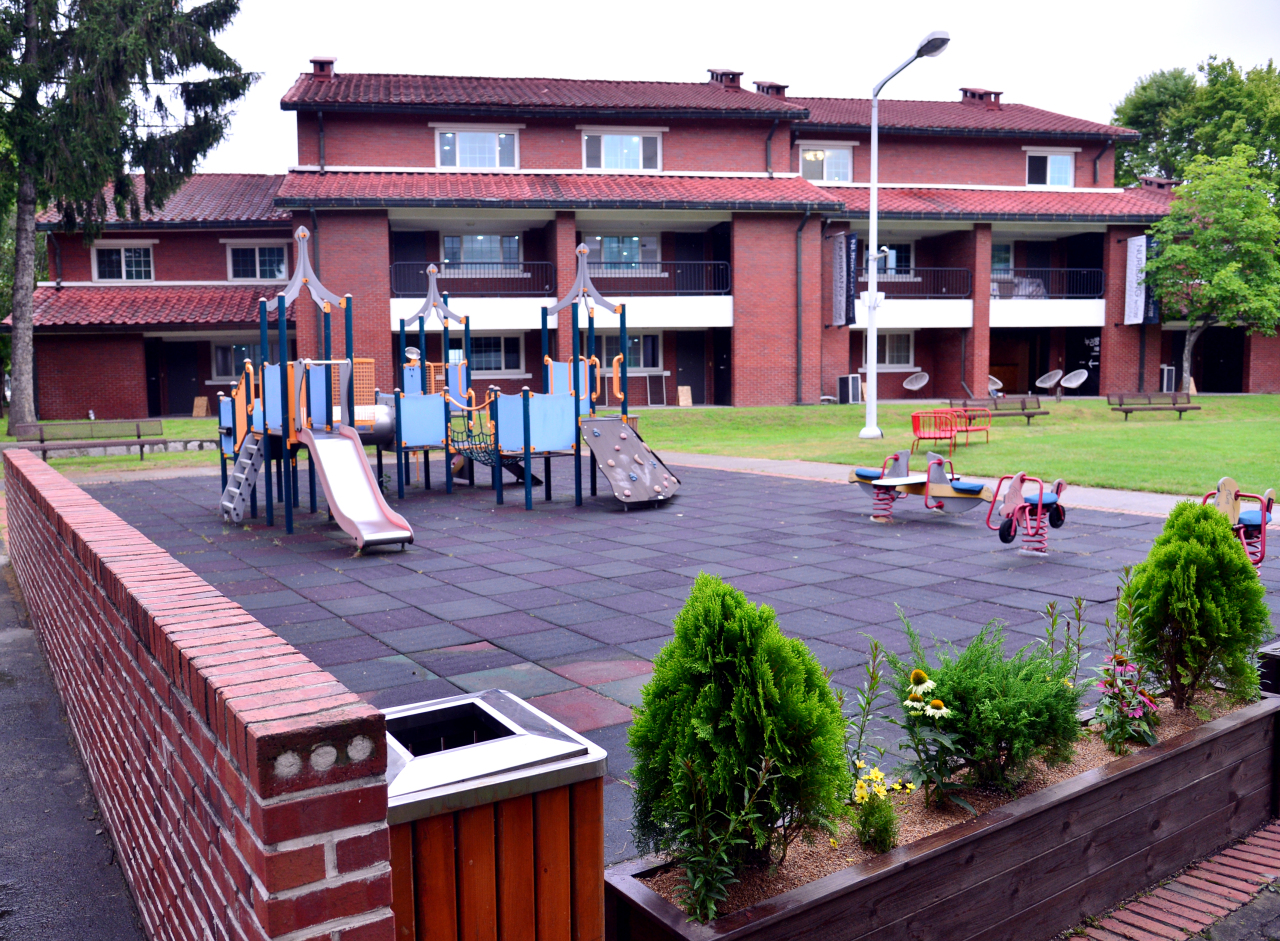 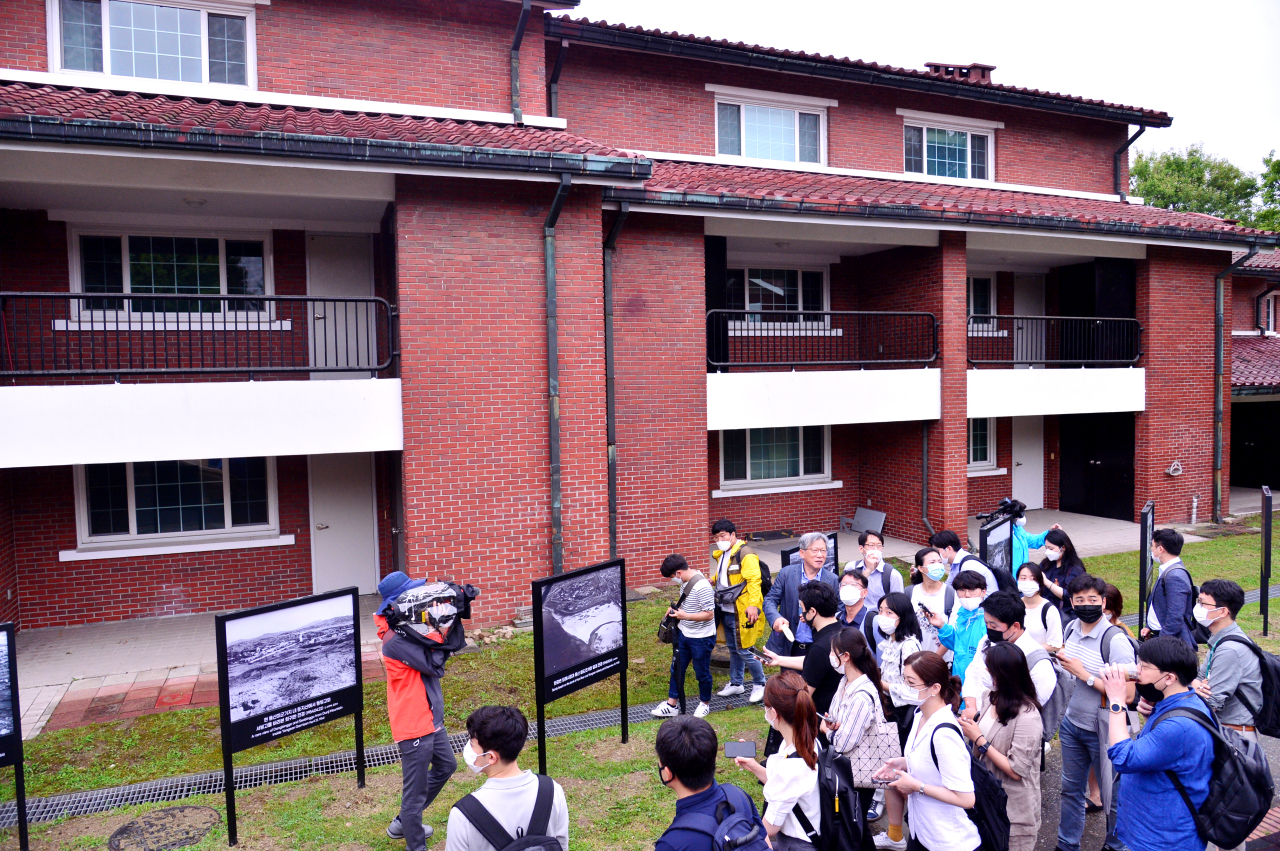 On Aug. 1, part of the area, which will ultimately amount to some 3.3 million square meters of park space, will open to the public, nine years after the plans for transforming the area into a park were established. 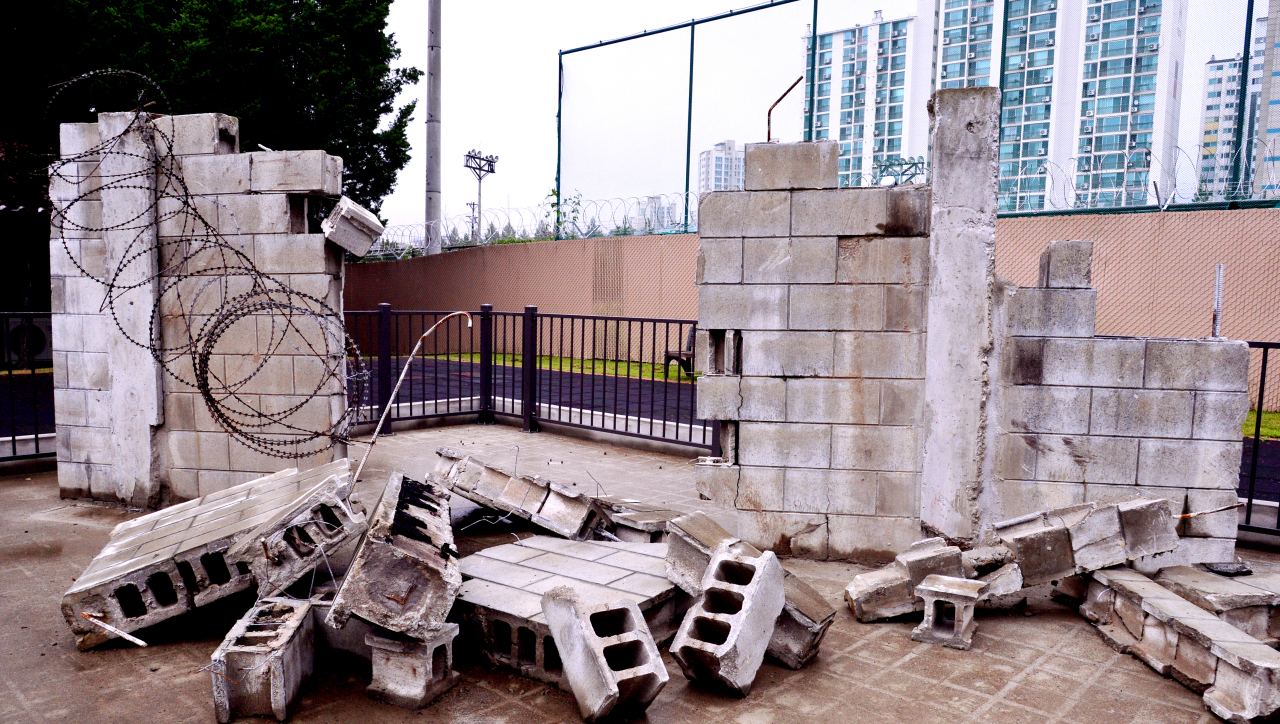 The area that will open to the public next month includes the usual elements of parks, such as stretches of greenery, but also includes structures that tell of the history of the land -- housing used by US military personnel -- and partially demolished perimeter walls with barbed wire still attached. 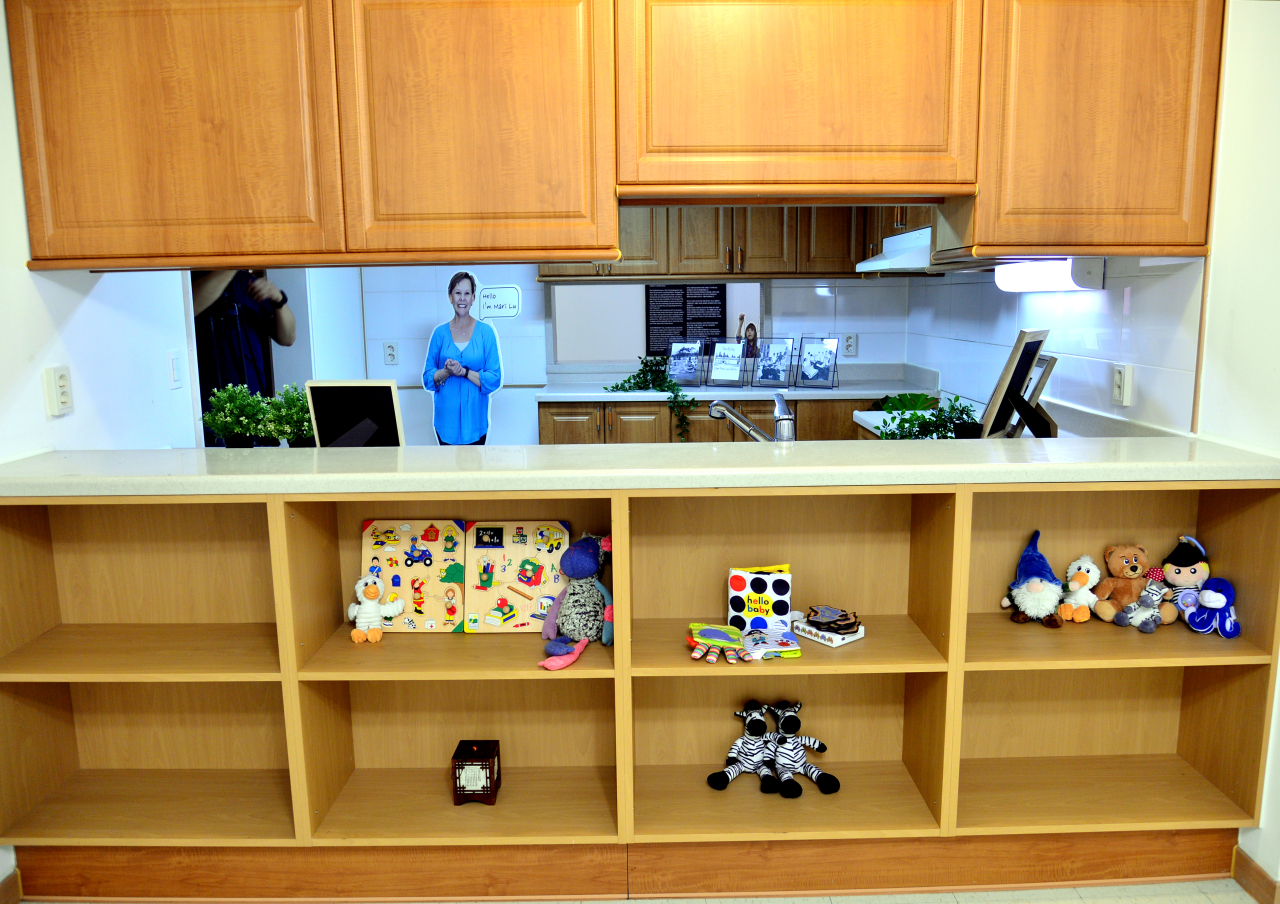 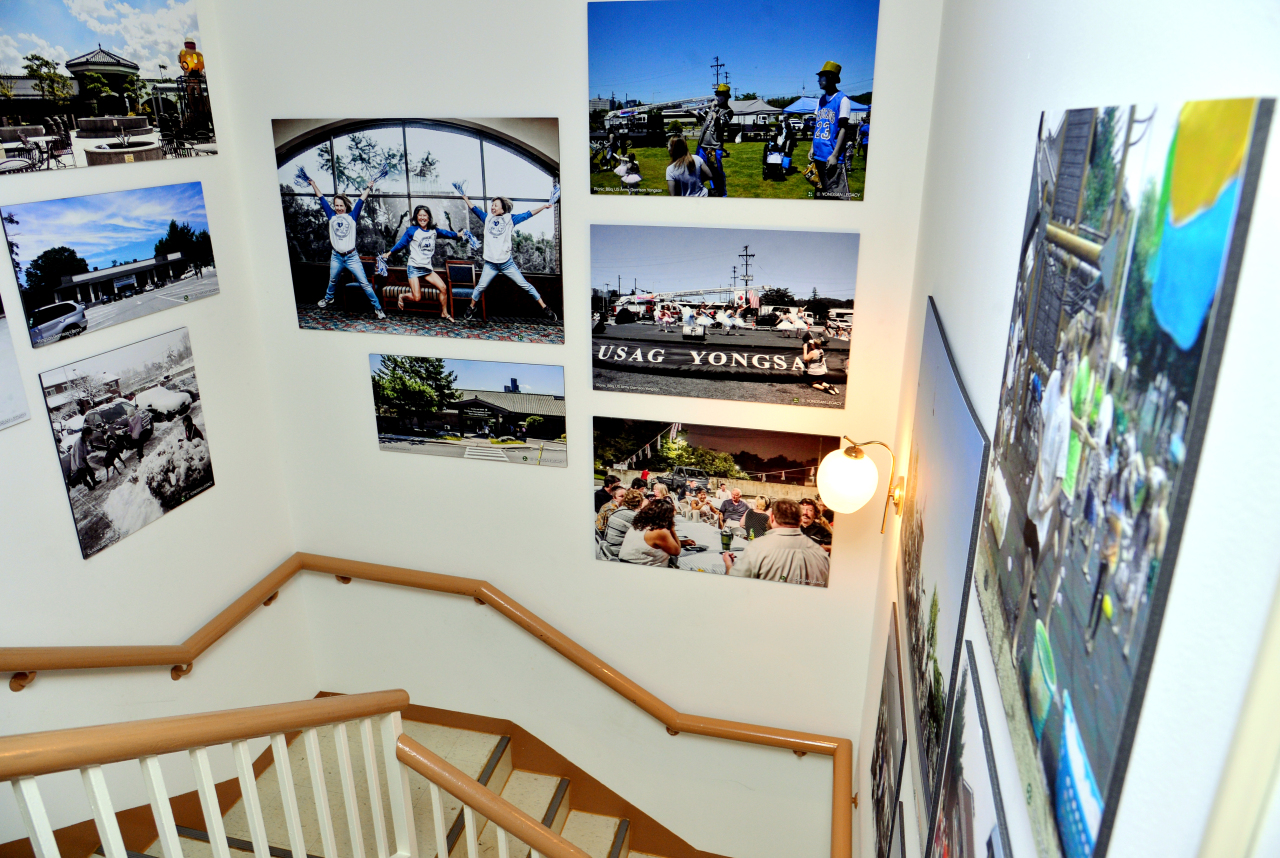 The park also includes spaces to display the history of the location, as well as that of Korea, particularly in photographs of nearby areas before and after the 1950-1953 Korean War. 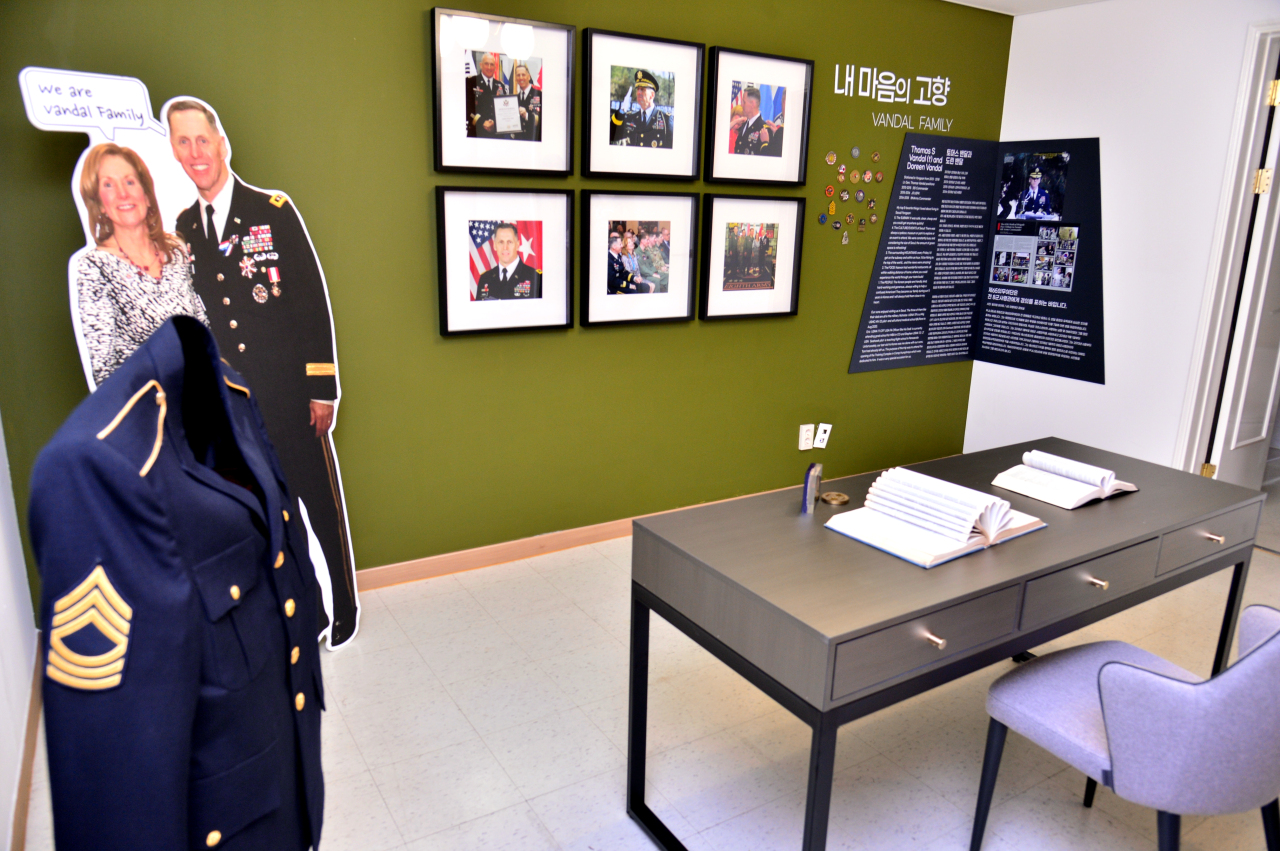 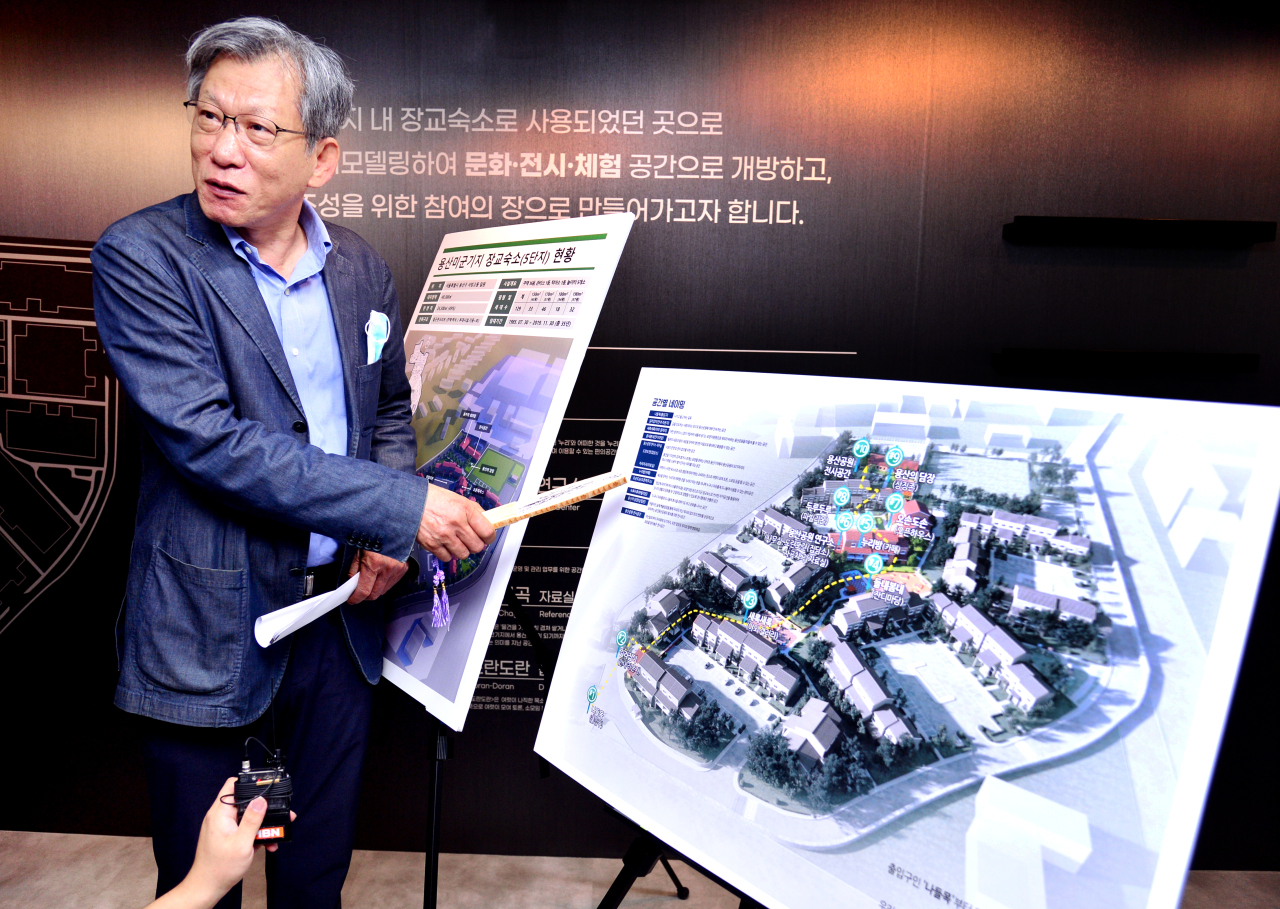